Find out how we supported Lisa to give her parents back their dignity and freedom when they started struggling to get around their home.

“Mum’s health was deteriorating, and she was confined to the downstairs of her house with no access to a bathroom or bedroom. She was sleeping in a recliner chair in the front room, and I remember thinking to myself, this is no way for her to live.”

Hi, I’m Lisa, and I’m lucky enough to be able to say that Foothold have supported my family on not one, but two occasions, when things got really hard. 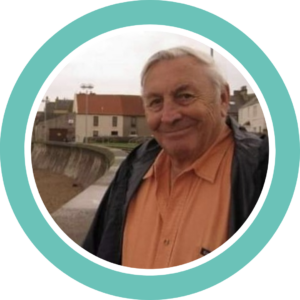 This is my story of how the charity made a real difference to my Mum and Dad when they needed it most.

When my Mum began suffering from severe mobility issues and struggled to get around even in her own home, it brought back all too familiar memories of what my Dad, Stephen, had been through some years before.

Dad was a proud lifelong engineer, and president of the Leeds Engineering Association. We were devastated when he was diagnosed with lung cancer in 2009. As his health deteriorated things took a turn for the worse when he had a bad fall down the stairs.

Naturally, we were worried sick about him, but Dad was a proud man and was reluctant to let anyone help – before his diagnosis, he’d never had a day’s illness in his life.

Nonetheless, we could see that he would benefit from a stair lift to help him get up and down the stairs more safely and easily. During his career he’d had a spell in the RAF, so I got in touch with them to see if they might be able to help us get one installed. Unfortunately they weren’t in a position to support us, but they recommended I get in touch with Foothold instead.

The first step in our Foothold journey

By this point time was running out as Dad’s health was quickly worsening. So I was amazed when Foothold said they’d be able to help – and within three weeks, we had a stair lift put in.

A few weeks later Dad went into the hospice. But having the stair lift really transformed those last few precious weeks he got to spend at home with my Mum.

It enabled him to keep his independence and dignity, which was so important to him, and to us too. 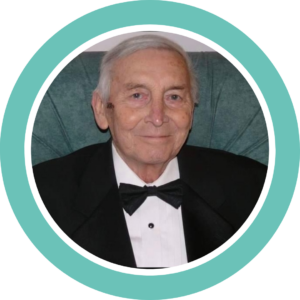 One of my favourite memories of Dad is when he was asked if he wanted to come home for a weekend from the hospice.

He said he wanted to attend the IET annual dinner, so together with the hospice staff we got him ready into his dickey suit and he was able to go along to this special event.

It was one of the last things he did.

His identity as an engineer had always been so important to him, so we were delighted that he had the chance to take part in this just before he died.

His passing hit us all hard, especially my Mum. But soon after, we received an email from the CEO of Foothold reminding us that they were here for my Mum if she ever needed support. It’s hard to put into words how reassuring it was to know that they were still thinking of us at that difficult time.

Fast forward 12 years, and now my Mum was suffering with her health. As time went on, her mobility started to deteriorate and was causing serious issues– so much so that eventually, getting up and down the stairs posed a severe risk to her too.

To make matters worse, the stair lift we’d had installed for Dad all those years ago was now in a state of disrepair and was no longer safe to use. So now we were faced with the same problem all over again.

Worse still, my Mum ended up being confined to one room in the house. She couldn’t even get to the bathroom or bedroom on her own, and was forced to sleep in her recliner chair downstairs.

We were all so worried about her being all alone in the house. I knew Mum couldn’t keep having to live downstairs in just one room, but none of us could bear the thought of her having to move out of the home she’d shared with my Dad for so many years. We knew we had to get help.

But with more than a decade having passed since Dad died, it didn’t initially come to my mind that I should ask Foothold for support again. So at first I got in touch with the council, to see if they could help us have another stair lift installed. But the waiting list was 12-18 months, and we couldn’t afford to delay it that long.

It was then that I remembered the kind email we’d received from Foothold’s CEO, and decided to reach out to them. However, as we’d already been supported by them before, I wasn’t really expecting much this time round.

Giving Mum back her freedom with Foothold

How wrong I was. I was amazed when they said they’d once again help us get a new stair lift installed.

Before we knew it, Mum was back to sleeping upstairs in her bedroom. It’s been fantastic to see her getting around the house again so confidently.

There’s a small window halfway up the stairs that overlooks the garden, and Mum loves to look out of it as she’s transported up and down the stairs – something she’d lost the ability to do before. It may sound like a really small, insignificant thing, but believe me, it makes such a difference to her happiness.

The support Foothold has given my family has had a hugely positive impact not once, but twice. It gave Mum and Dad back their independence and dignity, and gave us peace of mind that they were safe and content in their own home. 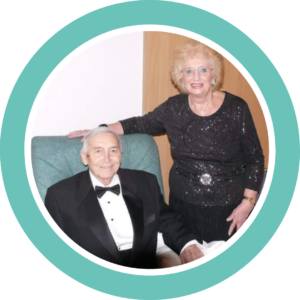 We’re so grateful to Foothold for being there for us when we had nowhere else to turn. We felt comfortable at every stage of the process, and our caseworker Maureen was simply brilliant.

Foothold is a fantastic organisation and to anyone who’s out there right now in the engineering community and is struggling with life’s challenges, I’d say get in touch and ask for help. I had no idea they offered so many support services.

Today, whilst sharing my story, I found out that they offer free legal advice through their app, and have a free digital Wellbeing Hub to help people improve their mental, physical and financial wellbeing. It really is amazing what they can do for engineers and their families.

And it’s wonderful to know that they’re still here for my Mum.

If you’re struggling to find support for your health and care needs and it’s affecting your daily life, we might be able to help. Get in touch with us to find out more about out support.