Keeping fit has many benefits, no matter how you choose to do it. Many studies have shown that physical fitness is a gateway to better mental health and increased general wellbeing. For our Trustee Richard Spalding, running became a way to keep up his fitness, be more sociable and enjoy more cake! 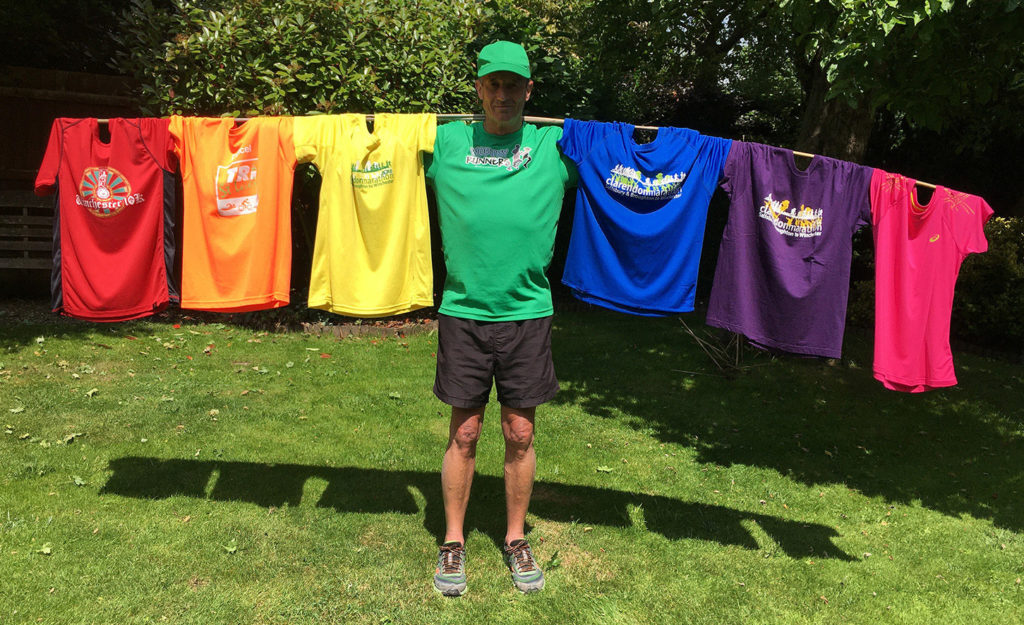 I’m not a great runner, not by any means. Although many of my friends and neighbours think I must be, when they see me out running. It is true that I now do quite a bit of running but none of it is competitive and it’s certainly not fast. It is entirely for my own personal wellbeing, my physical and mental health. And it means I can eat more cake!

I’ve always wanted to keep fit, though running was never my first choice. At school, I can remember I’d do anything to get out of running. But then I joined the Royal Navy. I enjoyed some team and individual sports and was OK at them. But I never did enough of them to keep me fit enough, and I didn’t really like the gym. So, rather by accident, I started doing some running. Nothing too long, possibly round the deck of a warship (though 10 laps for a mile did make it quite monotonous!) or running near wherever I was stationed, especially when this was away from home. And, gradually, as my mileage increased, so did the frequency of my runs.

I left the Royal Navy in 2014, after 37 years. That’s when I realised that even though I no longer needed to keep so fit, I wanted to. So running became the norm. So much so, that later that year, two friends and I decided to start a social running club – Worthy Runners. The name came about because we lived and had like-minded running friends in the various ‘Worthy’ villages just north of Winchester. We also encountered Parkrun – a 5km Saturday morning run, organised by volunteers. Over 5 million people worldwide are signed up for it now, with an average of over 400,000 taking part every Saturday.

We now have 200 members of Worthy Runners in our Facebook group, and one of our mottos is – ‘run to eat cake’. We run about 3 times a week – as you get older, a recovery day between runs is necessary. And our mileage has continued to increase, especially during the Covid-19 lockdown – one of the few benefits of it! And so, I feel fit, healthy and can eat more cake – win, win, win!

A healthy mind also helps me perform more effectively as a Trustee of Foothold. And I feel very privileged to be a Trustee. It’s a role I got into after being a long-standing volunteer for the IET. Since being a youngster, I have spent much of my career and spare time volunteering. It is so good to be able to help others, especially now through Foothold for fellow engineers who need some extra support.